Click here to see the latest Amazon Mobile Offers. This page is updated every day.

You’ve probably heard about the new cost-effective smartphone called 10.or E, which is pronounced as Tenor. The possible hype source has been launched in India on the 6th of September, 2017, and has been receiving great attention already even though there aren’t too many reviews available. Primarily, this Tenor review explains this is due to the very low price tag of the smartphone, which is just Rs 7,999. This is another addition to the list of great phones under 10000.

According to Huaqin Technology, which is a Chinese company that entered the huge smartphone market of India, Tenor phones are developed based on the feedback of customers on Amazon India. This explains why 10.or E comes with a tagline “Created by us. Defined by you”.

10.or E aims to compete with the likes of Yu Yureka and Xiaomi Redmi 4, which are smartphones that are getting the nod of the thrifty new smartphone market in 2017

Our detailed 10.or review

The new Tenor smartphone will be available exclusively on Amazon India. Buyers will have two choices of configurations, which are 3GB RAM/32GB storage and 2GB RAM/16GB storage. The price of the former is Rs. 8,999, whereas the latter is available at only Rs. 7,999. The colors available for you to select from are beyond black and aim gold hues.

As anticipated, the Tenor will run on Android 7.1.2 Nougat OS. Huaqin Technology also assured regular updates and Android 8.0 Oreo upgrade in the future. Many also noticed the fact that it is developed with a powerful 4000mAh battery, making it a long-lasting device to use.

Despite the low price of the Tenor E, it also has a fingerprint sensor-aided handset. It is also explained that this feature unlocks your smartphone in just 0.2 seconds. This was one of our favorite features from all the reviews we’ve done.

Tenor explains that since the smartphone will be sold via Amazon.in, you can anticipate it to be loaded with applications from the biggest e-commerce company. Prime Video, Kindle, and shopping applications will be pre-loaded to 10.or E. During the initial setup of the smartphone, a widget for daily deals will also be presented. To prove it yourself, get it now from Amazon.in.

This 10.or E review reveals that apart from its considerable configurations in terms of RAM and storage, the new E smartphone is designed with a 5.5-inch full high definition (FHD) display screen. This provides 10.or a screen resolution of 1920 pixels by 1080 pixels.

As for its overall operations, the Tenor is powered by a Qualcomm Snapdragon 430 octa-core processor. The smartphone also comes with a dedicated memory slot for up to 128 GB. Furthermore, you can use it with two SIM cards.

In terms of optics, the Tenor has a 13-megapixel CMOS sensor for the back camera with Phase Detection Autofocus (PDAF) functionality. As for the front camera, you will have a 5-megapixel shooter.

If you are satisfied enough that 10.or E is a must-buy, you may get it now on Amazon India.

To provide you more of its exemplary features, check out the following:

Top Performance. You can be certain that it will not fail to perform the way a new smartphone should. With its processor, you can only expect speedy operations with reduced lag sessions.  Pairing the processor to its 2GB/3GB memory, you will be able to run various applications even in the background.

Dual 4G SIM.  The 10.or E will not simply accept two SIM cards but give you 4G card capability with support for  Voice over Long-Term Evolution (VoLTE), the standard for high-speed wireless communications.

High-Quality Shots. With its front and back camera features, you will be able to capture your memories at stunning quality with the Tenor. The PDAF functionality gives you the focus speed, which is not obtainable in most smartphones.

The cameras are constructed with flash for better images regardless of the lighting condition or time of the day.

Quick Unlock. In times of emergency, you will have no problem in accessing your smartphone promptly. Its fingerprint sensor is designed to detect touch at high speed.

Large Storage. Apart from 16GB/32GB storage, the dedicated memory slot will allow you to store from eBooks, music, pictures, and documents among others.

Sleek Design. 10.or has a very simply yet elegant design to offer. With its two color variants, you can challenge the ordinary or quest for an upgrade. Regardless of your choice, you will still have a smartphone that is stylish enough to compare with other reigning devices today.

Getting a closer look is possible if you will buy 10.or E from Amazon.in today.

Who Should Buy This Product

As per this Tenor review, there is no denying that people who opt for the best of both worlds in terms of performance and affordability should purchase the smartphone. If you are also not a fan of smart devices that come with exaggerated designs, you will find 10.or a good option. It can be handled with ease, without necessarily appearing too small or big for your hands.

Huaqin Technology gave people the opportunity to get unprecedented smartphone features without compromising their budget. With two options in terms of storage and RAM, you will definitely have no reason not to afford it. Still, irrespective of your selection, the affordability of 10.or will not define its overall quality. Check it out on Amazon.in.

With too many smartphones on the market, people often concentrate on an attractive price, which 10.or will certainly win at. India has long been known for being a large smartphone market, implying that the company tailored its device based on most people’s wants and needs from a mobile phone.

If you also prefer a product that is developed with due consideration to people’s recommendations, 10.or is a sure bet. As stated by Jeffrey Liu, Huaqin Technology Key Account Director, they are confident that the smartphone will resonate well with Indian customers.

Based on our Tenor review, you should consider checking out the smartphone. It is not simply meant to challenge the existing flagship mobile phones but designed to please its buyers primarily. This is rare to find, which is why Huaqin Technology definitely won in terms of revolutionizing smartphone technology without compromising what the benefactors really prefer.

With this review of the 10.or E on your hand, there is no reason to neglect trying it. If you are interested to find out if the smartphone really deserves its current sensation, check it out now on Amazon.in 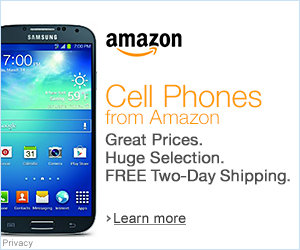 Upcoming Phones is a participant in the Amazon Services Associates Program, an affiliate advertising program designed to provide a means for sites to earn advertising fees by advertising and linking to amazon.com